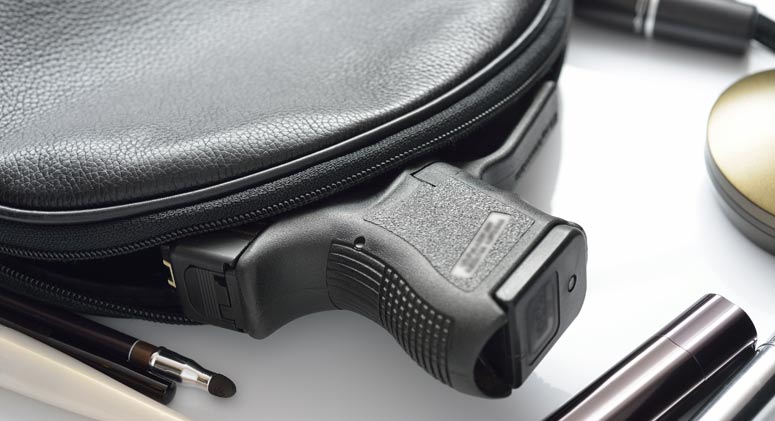 (Modern Survival.org) – It’s often said that the best place to hide anything is in plain sight. The reason for this is that people tend to overlook the obvious, especially when they are looking for something valuable. For example, the average burglar hunts for high-value items in drawers, lockboxes or safes. These thieves will overlook basic home defense items, such as baseball bats stashed by the door, as they seek items with a high cash value.

This tendency to overlook the obvious can be used as an advantage, with a little bit of preparation. Let’s take a look at how to camouflage your home protection.

Obvious, But Not TOO Obvious

When preparing for a potential conflict during a home invasion scenario, give yourself multiple advantages without giving any tools to the adversary in the process.

Arguably, the most effective home defense tool is a firearm, but these should never be kept in obvious locations that are accessible by an intruder. Having a gun rack hanging on the wall may be too obvious. Keeping handguns in drawers, where a burglar is likely to go in pursuit of valuables, isn’t a great idea, either. The last thing anyone wants is for a home invader to have quick access to a firearm.

There are other, less obvious options for defending the home. Here are a few to consider:

When your or your family’s lives are at stake, just about anything can become an improvised weapon. Hardback books, soup cans, table lamps or even table chairs are viable options. It never hurts to have some strategically placed items sitting around though, just in case.

Should you be forced to defend your home from a violent invader, it’s a good idea to know how. For some tips from a former Navy SEAL on how to effectively defend your home, check out our article here.

Reviewing Emergency Preparation With the Family

Superglue to the Rescue!