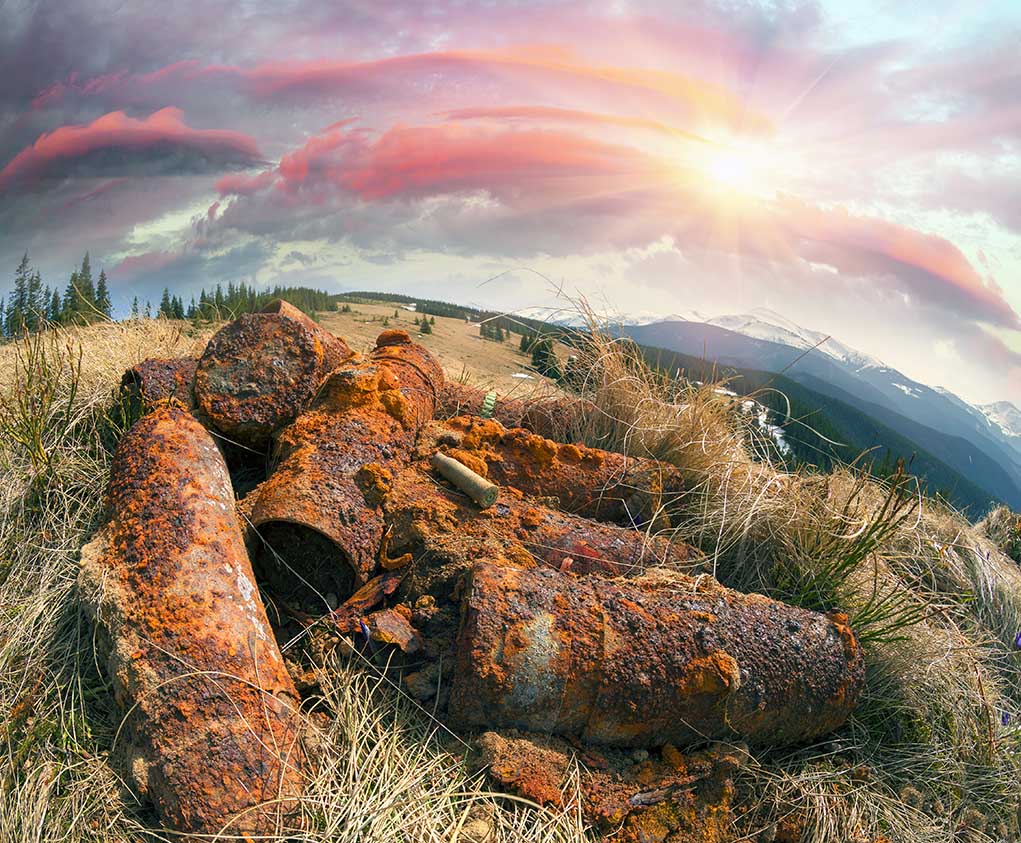 (ModernSurvival.org) – The horrors of war claim the lives of soldiers and civilians alike. When wars end, populations rejoice as the killing ends and peace returns. Over a century after the end of World War I (WWI), however, remnants of old battlefields are still claiming lives.

A honeymoon party accidentally triggered a buried WWI bomb in Ukraine, injuring the bride and killing her brother https://t.co/O3a5MnIRsX

Norbert Varga and Lidiia Makarchuk were happily married last month. To celebrate their marriage, they decided to join friends and family in the Carpathian Mountains, Ukraine. Unfortunately, the location they decided to set up camp was the scene of the Brusilov Offensive in 1916.

Unbeknownst to the happy couple, the group had built a bonfire atop a buried bomb, left behind over a hundred years ago during WWI. As the partygoers sat around the blaze sipping tea and talking about how the newlyweds met, the bomb exploded.

The bride suffered severe burns across her hands, legs and face. Her brother and another man weren’t so lucky — they lost their lives while waiting over an hour for emergency services to arrive.

This isn’t the first time an unexploded bomb from a World War has caused trouble. In March, an 80-year-old German bomb was found during construction in Exeter, England. Authorities detonated the 2,204-pound bomb in a controlled blast after 2,600 homes nearby were evacuated.

For survivalists, this is another reminder that emergencies can strike in the most unexpected ways. For the newlyweds and their guests, a simple camping trip turned into a battle for survival.

While there may not be a plethora of buried bombs to worry about in the US, burns are still a very serious threat. For information on how to treat a burn in the wild while waiting for emergency services to arrive, take a look at our article here.