Dangers of Cooking After a Disaster 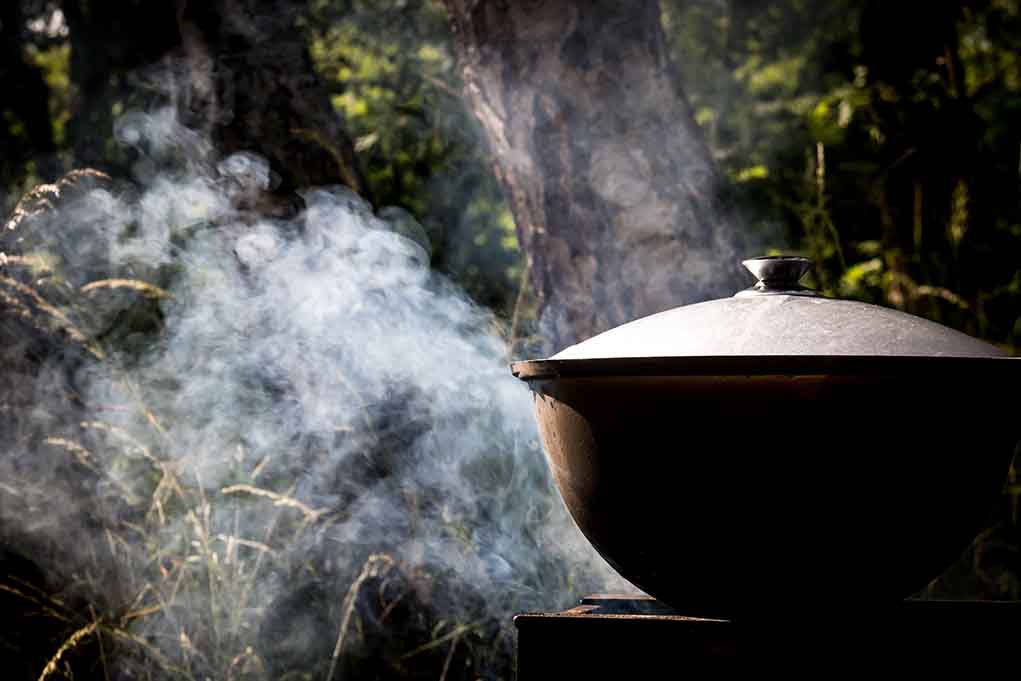 (ModernSurvival.org) – When a large-scale disaster occurs, be it manmade or an act of nature, life gets turned upside down for everyone in the affected area. Oftentimes, the aftermath of these cataclysmic events is just as bad as (if not worse than) than the initial event. Water becomes contaminated, power goes out, and food begins to rot without proper refrigeration.

To make matters worse, everyday tasks that most take for granted become compromised as well. Even cooking a meal is a challenge. In fact, cooking following a disaster could be downright deadly.

From Bad to Worse

Just because a person had the foresight to stockpile emergency food prior to a disaster doesn’t mean they are automatically in the clear. For starters, most food needs to be cooked before it’s safe to consume. In a disaster scenario, this brings a whole new list of problems. Here are a few to consider:

If the power is out, electrical stoves won’t work. In many instances, gas lines break during natural disasters as well. This means one has to cook over an open flame using a survival stove, a grill, or a campfire. However, this can be incredibly dangerous if one isn’t extremely careful.

For starters, if any of these methods are used indoors, they run the risk of carbon monoxide (CO) poisoning, which can be fatal. CO is odorless, making it even more dangerous.

Second, if a fire gets out of control, it can spread quickly, making a bad situation much worse. Also, there is always the chance of getting burned while preparing food using methods outside one’s normal routine.

Following a disaster, having food will increase one’s odds of survival. That said, not everyone will have enough food to last until emergency services are set up to help them. While most tend to think that their fellow humans are loving and peaceful creatures, hunger can quickly turn the nicest person into a feral savage.

The smell of cooking food, or even a campfire where food might be found, can travel a surprising distance. In turn, these scents may bring uninvited guests to the table. Desperate people will do horrible things if it means feeding themselves or their starving children.

Granted, for the first day or two, the smell of food cooking outdoors won’t be unusual. Everyone will be trying to cook what they have before it goes rancid. But after the third or fourth day, cooking could attract a lot of unwanted attention.

Even if the smell of food being prepared doesn’t attract other people, there is a chance that stray dogs or wild animals may pick up on the scent and come to investigate. Remember, disasters don’t only impact people.

How to Avoid Danger

Cooking food could become a dangerous proposition following a major disaster. Thankfully, there are a few ways to sidestep these potential issues before they arise:

To expand on this idea, City Prepping has created the following video with 12 options to safely cook food after a disaster:

For more information on how one can stay warm and cook food without giving away their position, check out our article on creating smokeless fires here.